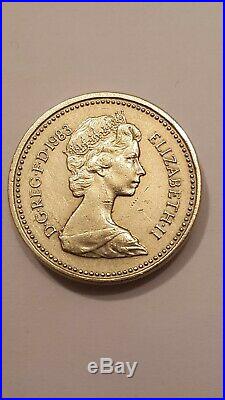 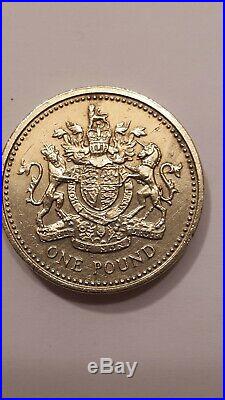 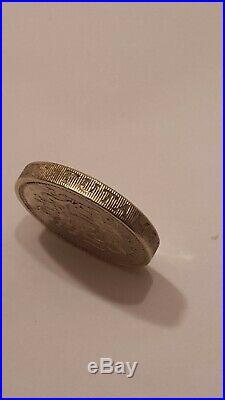 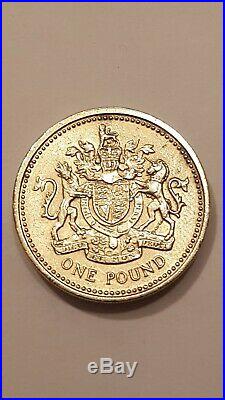 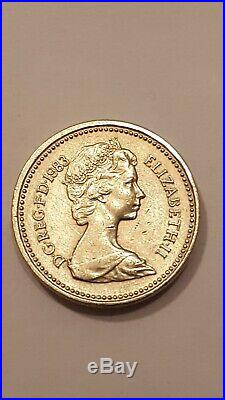 Designed by Eric Sewell, Chief Engraver at The Royal Mint, it has become one ofthe most famous images on British coinage. The coins edge inscription is inLatin: DECUS ET TUTAMEN, which may be translated as an "ornament tosafeguard". This design, representing the United Kingdom as a whole, wasissued until 2015 in rotation with other designs representing England, Scotland, Wales and Northern Ireland, alternating each year. This is the firstof six issues (the others being in 1993, 1998, 2003, 2008 and 2015).