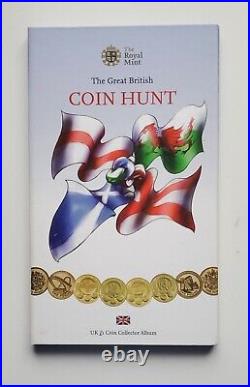 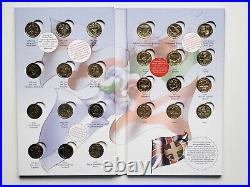 This Great British Coin Hunt Album is a real collectors treat and contains 24 of the rarest coins, including all three of the four coin sets - The Bridges, The Cities and The Emblems. It also comes with the completer medal. 1986 Flax Plant (Northern Ireland). 1988 Shield of The Royal Arms.

This item is in the category "Coins\Coins\British\Decimal Coinage (c. The seller is "wildavi67" and is located in this country: GB. This item can be shipped to United Kingdom.