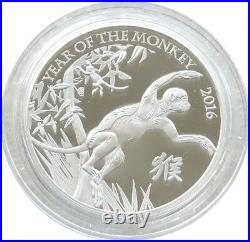 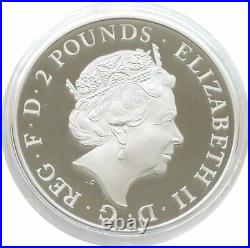 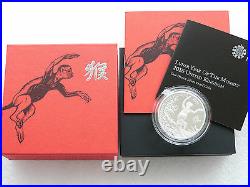 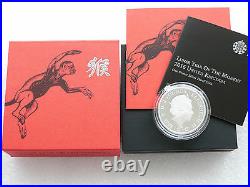 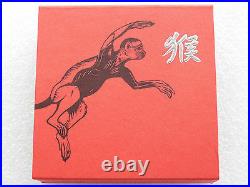 999 Silver weighing one ounce of pure Silver and is part of the Shengxiao Collection. The reverse designed by Wuon-Gean Ho depicts two Rhesus Monkey's while the obverse features the Fifth Portrait of Her Majesty Queen Elizabeth II by Jody Clark. These legal tender coins have been struck to proof quality using specially prepared dies and highly polished blanks.

The seller is "thelondoncoincompany" and is located in London. This item can be shipped worldwide.