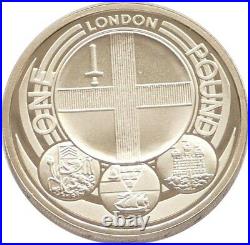 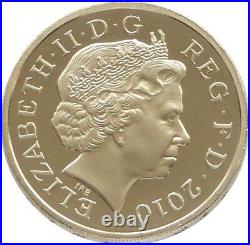 Weight: 9.50 Grams / Diameter: 22. The reverse of the London Coin shows the coat of arms which belongs to the Corporation of the City of London - the'Square Mile' presided over by the Lord Mayor of London. The arms of the City are blazoned as follows: Argent a cross with in the first quarter a sword erect point upwards gules. This means a white or silver background with a red cross and an upright red sword in the top left, and is usually explained as combining the symbol of the City's patron saint with that of England's: the red cross of St George, with the sword as a symbol of St Paul's martyrdom.

The Obverse design is the stunning portrait of Her Majesty Queen Elizabeth II by Ian Rank Broadley. This item is in the category "Coins\Coins\British\Decimal Coinage (c. The seller is "thelondoncoincompany" and is located in this country: GB. This item can be shipped worldwide.