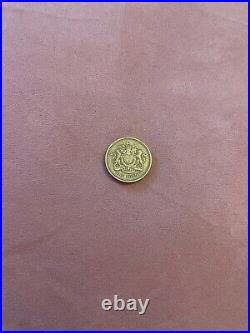 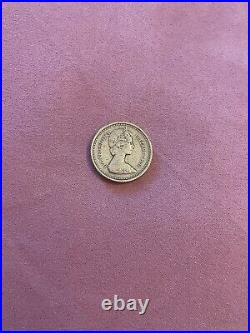 Designed by Eric Sewell, Chief Engraver at The Royal Mint, it has become one ofthe most famous images on British coinage. The coin's edge inscription is inLatin: DECUS ET TUTAMEN, which may be translated as an "ornament tosafeguard". This design, representing the United Kingdom as a whole, wasissued until 2015 in rotation with other designs representing England, Scotland, Wales and Northern Ireland, alternating each year.