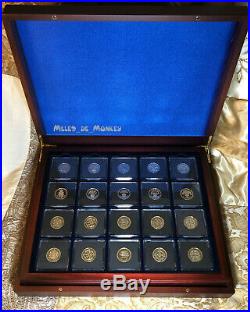 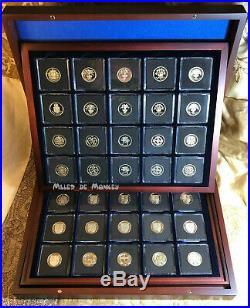 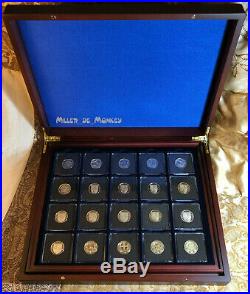 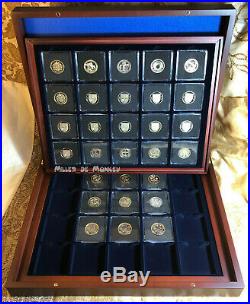 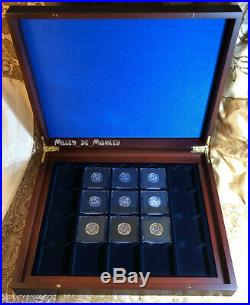 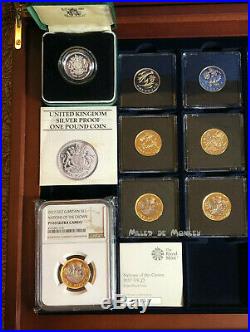 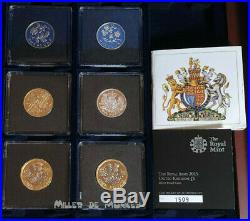 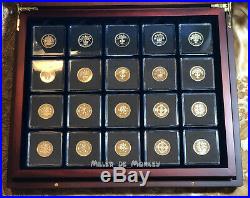 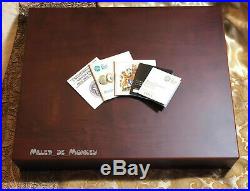 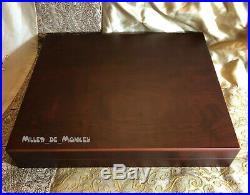 The collection is complete up to 2019 One pound Nations of the Crown Proof Coin and we will include spare capsules for the next few years coins. In a Deluxe Wooded case with each coin encapsulated in a Quadrum Coin Square. The Certificate of Authenticity for the Silver Proof coins are also included if the coin had a COA.

Please see the photos for condition. The coins are all in excellent condition and we have taken a great deal of time to source exquisite examples of each coin. There maybe some light toning to some of the older coins over time as toning is a natural process and we never clean the coins.

We have tried to show the item as clear as possible in the photos as they form part of the description. Please study the photos closely and make your own assessment of the condition of the item AS THAT IS THE ITEM YOU WILL RECEIVE. So please request an invoice. Thank you for looking, please check out our other Rare Coins & Items. If there is a problem, please dont leave negative/neutral feedback without contacting us first.

The item "1983 2019 £1 One Pound Proof Coin THE ULTIMATE COLLECTION 51 Coins In Total" is in sale since Sunday, November 10, 2019. This item is in the category "Coins\Coins\British\Decimal Coinage (c. The seller is "miller_de_monkey" and is located in England. This item can be shipped worldwide.